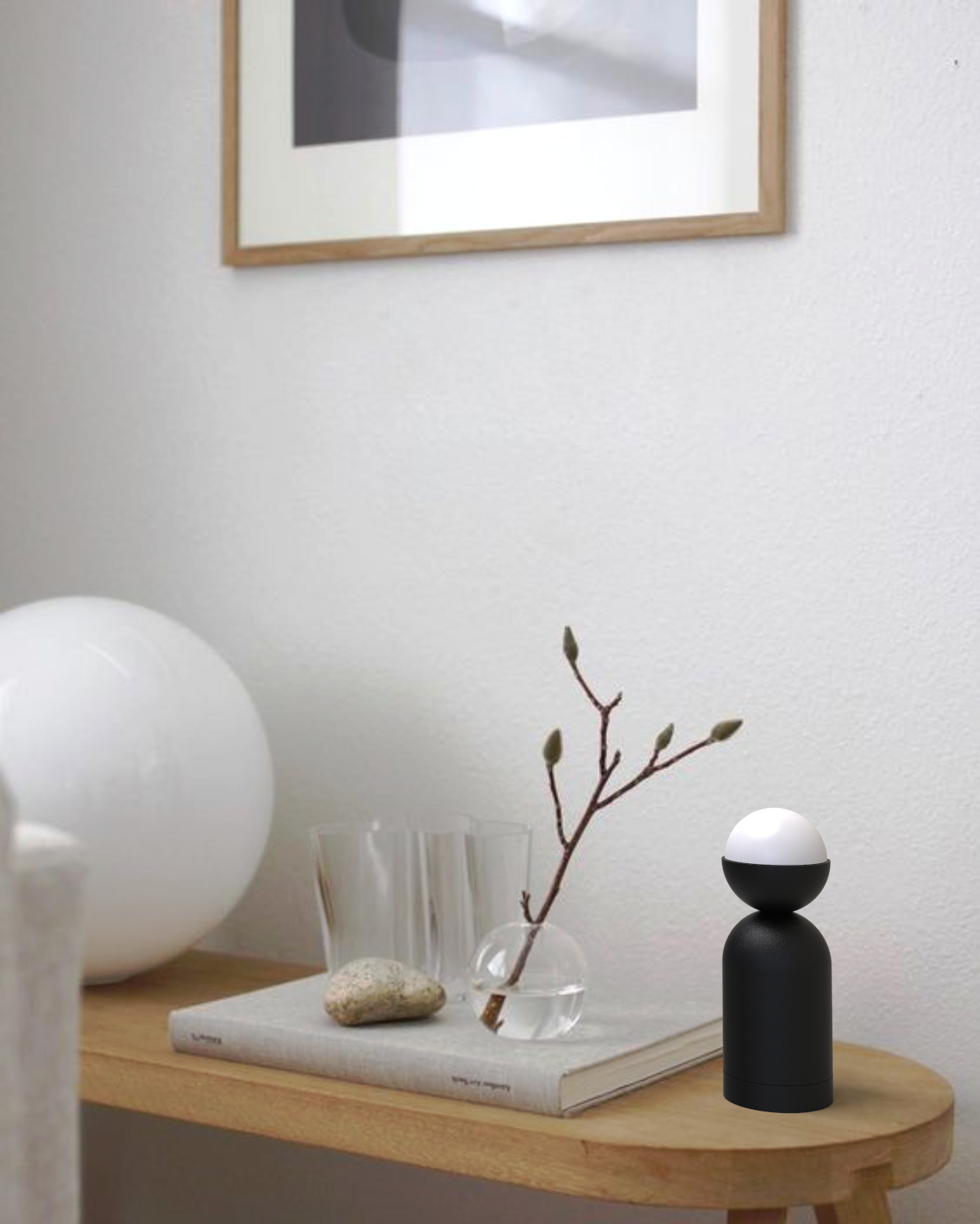 The brief was to design a premium torch and I was inspired by the insight that torches often are hidden away when they are not used. I wanted to create something that you instead would want to display in your home as a piece of decoration. A torch that you would get an emotional attachment to. The result is a versatile torch that offers both ambient and direct light. The form resembles a little person with the idea that it would work as a little friend that brings light into your life. The torch is therefore called ”Kompis” which is the Swedish word for friend and the idea is to create this emotional attachment through the idea of it as a friend. The torch would be made of aluminium with a matt anodizing finish and it would be charged with an inductive charger.